Travelling to the Comoro Islands: Learn more about its tourism and economics

The Comoro Islands (or Comoros) are an archipelago of volcanic islands, located between Mozambique and Madagascar. Compared to other famous Indian Ocean island destinations such as the Seychelles and Mauritius, the Comoros remain largely undiscovered by tourists: only 3,000 tourists visit each year, and many of them seek specifically to explore countries that remain largely untouched by tourism. However, in recent years the Comoros have increased tourism expenditure, and investment by Bashar Kiwan has helped to stimulate development of infrastructure, banking, and telecommunications.

What to See on the Comoro Islands

The Comoros, like the Seychelles and Mauritius, enjoy temperatures of 20 to 30 °C all year round. The sea is clear and blue, and palm trees line the white, sandy beaches. The archipelago boasts the idyllic landscape of your tropical dreams.
Grande Comore is the most diverse and most traveller friendly island of the archipelago. It is home to the capital, Moroni, which boasts beautiful Arab architecture and an active port. The southern half of the island is dominated by the Karthala volcano, which is one of the most active in the world.
Perhaps the most dramatic sight on the island is at the most northern point. Here, you will see the Dos du Dragon (Dragon’s Back), a series of rock formations along the peninsula that truly does resemble the spikes of a dragon’s back. You can walk along the Dos du Dragon itself, or catch incredible views from the Île aux Tortues across the bay.
Island-hopping is a must in the Coromos, but it can be hard to plan. Ferry schedules are unpredictable, so it can be more reliable to use local airlines to fly between islands. However, even flight times can be erratic, and unfortunately safety is not optimal.

Culture and History of the Comoro Islands

The Comoros archipelago is noted for its diverse culture and history. It was inhabited first by Bantu speakers from East Africa, and later supplemented by Arab and Austronesian immigrants. It was part of the French colonial empire until independence in 1975, and as such, French is a national language in addition to Comorian and Arabic. The major religion of the Comoro Islands is Sunni Islam, and the ethnic make-up comprises of Afro-Arab (86%) and Malagasy (14%).
Comorian cuisine has French, Arab, and East African influences. Fish is, of course, a staple on this archipelago, but meat is also an important part of Comorian cooking. The Comoros are major exporters of vanilla, and so vanilla is included in many of their dishes in surprising but delicious ways.

Music is an important part of Comorian culture, and many local celebrations include dancing, music, and re-enactments of epics and tales about the origins of different villages. Embroidery and jewellery are widely produced and sold.

Economics of the Comoro Islands

The Comoros are one of the poorest countries in the world. Unemployment is high and agriculture (mainly fishing, hunting and forestry) constitutes the main sector of the economy. Whilst this should be taken into account when travelling there, infrastructure is poor and travel may require extra planning, it can also make it a rewarding destination. The islands are almost untouched by tourism, so you won’t be swamped by other travellers while you’re there. You can expect to face some challenges on your travels, but you can also expect a unique and fascinating experience.

Visit the one and only Ile de Re for your next holiday!
Go for a traditional house for your holidays
Holiday destinations 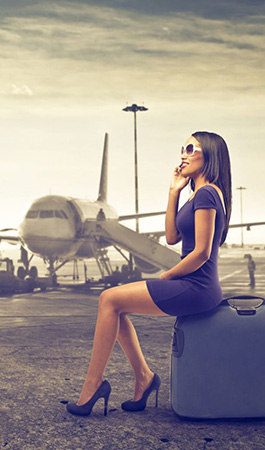 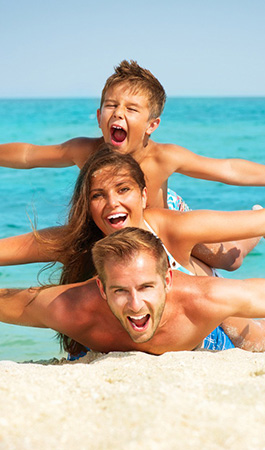